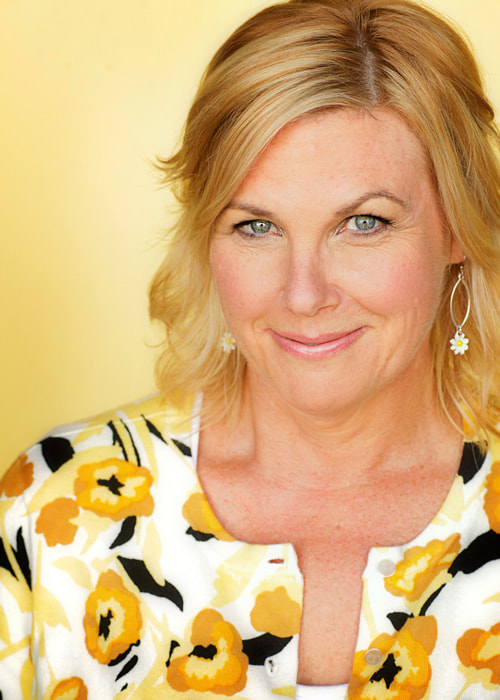 ​JEANNE TAYLOR, is a performer, writer, producer, director and editor.  I just found out this is referred to as a "hyphenate".  I had no idea.   I do know I love creating characters, sketches, web series, and plays.  I trained to be a repertory character actress, able to perform whatever comes my way, from improv to Shakespeare.

I had so much fun shooting with Cheryl Hines.  It was a scripted and improvised scene of Cheryl having brunch with her gal pals and I was her "nerdy" friend.  It was eight hours of laughing and making friends with all the ladies at "brunch".

I always wanted to do a one woman show.  I asked Hal Rudnick (UCB) to direct me and he ended up performing along side!  My one woman show, also had one guy.  I played all the foods (25) on the Craft Service Table and sang too!  Craft Service Table: The Musical ... A One Woman Show, enjoyed a sold out run at Upright Citizen Brigade's Sunset Theatre main stage!

I returned to acting after being a psychotherapist for fifteen years.  I took acting class with Jeffrey Tambor and was advised to create my own content.  I wrote two short films, The Co-Star and The Co-Star: Master Acting Class.  I was so pleased when they won numerous awards, including 6 Leading Actress awards for myself.

I had a blast directing a hilarious web series called, Human Resources.  I also directed my own web series, Mrs. Carmody & Mrs. Jellineck's third season, No Fugu for Yugu!  I have never been so exhausted in my life!  You can find me editing No Fugu for Yugu or procrastinating editing by doing 1500 piece puzzles.  (Season One was awarded: Best Comedy Series, Best Web Series and Best Actress for myself.)

A Psychology professor and L.M.F.T. by day -- I'm married to Special Effects Make-up Artist, Thom Floutz, by night.  Actually, I'm married in the day too.  Pretty much I'm all these things all the time.
Jeanne Taylor Versatile Character Actress